Overpopulation and the LGBTQ Community 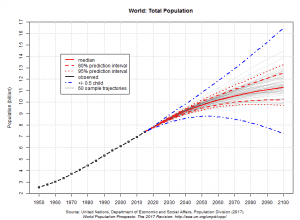 With the UN report on the danger of losing one million species to extinction within our lifetime and continued reports on the growing perils of systemic global climate disruption, we must confront the fact of human overpopulation.

Meanwhile, Ohio recently passed a law that not only bans abortions after six weeks, when most women do not even know they are pregnant, but extends this ban to private health insurance, not just taxpayer funded health coverage like Medicaid and Medicare.

“Then, there’s the ‘banning drugs or devices used to prevent the implementation of a fertilized ovum,’ ” the Daily Kos reports, “…which includes IUDs, birth control pills, Implanon and so forth.”

This is just one of many similar laws being passed by Republican legislatures across the country—the same party that declares global warming to be a Chinese hoax. Washington State University finds that forty percent of births in the US are unintended. In view of the dire consequences of human activities across the globe, this is exactly the wrong time to be restricting birth control measures.

My contention has long been that LGBT couples are less likely to procreate than straight couples. Several studies show that same-gender couples have biological children at a lower rate than heterosexual couples. (See references below.) Although in years past many LGBT individuals who married into opposite-sex unions at a young age had biological children before they came out, now with greater acceptance of LGBT people, fewer such marriages are occurring and thus there are fewer children from such unions.

At the same time, studies show that same-gender couples are adopting children at a higher rate than their opposite-gender counterparts and providing more homes for unwanted children who were brought into the world by others.

I once posted a remark on Facebook suggesting that homosexuality should be encouraged rather than stigmatized because LGBT folks had fewer children. A comment on my feed took me to task suggesting that homosexuality was not a choice. I agree. One’s sexuality is a NOT a choice. But in the past, LGBTQ folks had to decide whether to remain in the closet and conform to hetero expectations or not. For many living in conservative, restrictive communities there was little choice. Many homosexuals have been coerced into making the choice for marriage and procreation by the dominant pronatality culture.
(See the movie To Kid Or Not To Kid, www.tokidornottokid.com/)

If more LGBT individuals were made to feel comfortable with their identity, there would be fewer of these inconvenient marriages and fewer resulting children.

I am not saying that same-gender couples should not have children if they so choose, or that their children exhibit any less self-esteem, quality of life, psychological adjustment, or social functioning. The Williams Institute’s “Research Report on LGB-Parent Families” finds that “studies comparing LG and heterosexual parents in regard to mental health, parenting stress, and parenting competence have found few differences based on family structure.”

Washington State University finds that “Americans constitute 5% of the world’s population but consume 24% of the world’s energy,” and “On average, one American [the USA is the third most populous nation] consumes as much energy as 31 Indians [the world’s second most populous nation].” “Next time you hear about a woman in India who has seven children, remember that she’d have to have more than 20 children to match the impact of an American woman with just one child.” (See WSU reference below.)

By destigmatizing the LGBT community in America, we would encourage more people to feel comfortable in their own skin, encourage fewer births in our nation, and reduce our use of the world’s resources. Perhaps homosexuals were put on earth just for the purpose of limiting the human population.

https://thehill.com/policy/healthcare/abortion/315652-trump-signs-executive-order-reinstating-global-gag-rule-on
“Trump reinstates ban on US funding for abortion overseas,” by Jessie Hellmann, 01/23/17

https://williamsinstitute.law.ucla.edu/research/parenting/how-many-same-sex-parents-in-us/  “How many same-sex couples in the U.S. are raising children?” Shoshana K. Goldberg and Kerith J. Conron, July 2018