Imposter Syndrome in Art and Life 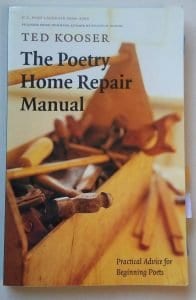 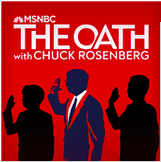 There is a well-known story involving an audience member asking a poet who just read one of her poems, “Is that a real poem or did you just make that up?”

This fall at the end of the poetry seminar that I took with Andrea Hollander, the subject of feeling like an imposter came up. We all felt at times, to some extent—even Andrea admitted to feeling this—that we were not really poets, we were just pretending.

Ted Kooser talks about wanting to be a poet in The Poetry Home Repair Manual:
“I don’t remember the specific date when I decided to be a poet but it was during one of my many desperately lonely hours as a teenager, and I set about establishing myself as a poet with adolescent single mindedness. I began to dress the part. I took to walking around in rubber shower sandals and white beachcomber pants that tied with a piece of clothesline rope. I let my hair grow longer and tried to grow a beard….I gradually became interested in writing [poetry]….I began to read poetry whenever I had a moment free from pretending to be a poet, and soon I started to write a few poems of my own. The two sides of being a poet—the poet as celebrity and the poet as writer—began to fall into balance.”

In my 20s I dreamed of being a filmmaker and became infatuated with the French avant-garde director Jean-Luc Godard. I affected his tinted glasses and his Gauloises cigarettes. It wasn’t until much later that I did make a few short films.

Kay Boyle once wrote, “If I was certain of anything in life then it was that everyone who wrote possessed a singular piece of knowledge from which I had been excluded. I believed that everyone—and writers in particular—had been given information of a nature quite unknown to me, which endowed them with their marvelous authority.”

I never thought of myself as a writer, even after I wrote and published the three novels that make up my Medicine for the Blues trilogy. I still feel it necessary to remind people that I am a “self-published” author. Surely anyone could do that!

This is called imposter syndrome and has been describes as “a psychological term referring to a pattern of behavior where people doubt their accomplishments and have a persistent, often internalized fear of being exposed as a fraud.” (See the Psychology Today article referenced below.)

I even remember feeling after graduating from college, getting gainful employment, and keeping the rent paid on an apartment, that I was just pretending to be an “adult.”

Everyone suffers from imposter syndrome at times. And while it can be debilitating in extreme cases, there are times when it is useful.

In an interview with Preet Bharara on the podcast The Oath with Chuck Rosenberg, these two highly accomplished lawyers make an important point:

Chuck Rosenberg: “One of the things that you write about…in your book…is the imposter syndrome…..It’s a bit of a paradox at the intersection of insecurity and arrogance. It’s like why would anyone listen to me? How did I get this job? I hope nobody realizes that I’m a fraud or that I’m an imposter. But it’s actually a healthy thing.
….
Preet Bharara: I think so. Look, I’ve heard Jim Comey talk about it….I remember I…heard Jim say…everyone should have some imposter syndrome. And if you don’t then, boy are you unbearable, because humility is an incredibly important thing.

If you want some professional advice, the two psychological articles cited below give various tips for dealing with bothersome imposter syndrome. But let me leave you something from the Psychology Today article, its closing comment, which sounds to me like something Mr. Rogers might have said:

“The Reality of Imposter Syndrome,
Feeling like an imposter? Know what it is and what to do about it.”
Posted Sep 03, 2018

“What Is Impostor Syndrome?”
By Savvy Psychologist Ellen Hendriksen on May 27, 2015